Androgynous. Stumpy. Creepy. The horror movie robot, created by the notorious Japanese roboticist Hiroshi Ishiguro, is projected to be available for around $8,000 later this year.

"Ishiguro and his collaborators say the idea was to create a teleoperated robot that could appear male or female, old or young, and that could be easily transported. The new design pushes the envelope of human-robot interaction, and Ishiguro is certainly not afraid of exploring the depths of the uncanny valley. 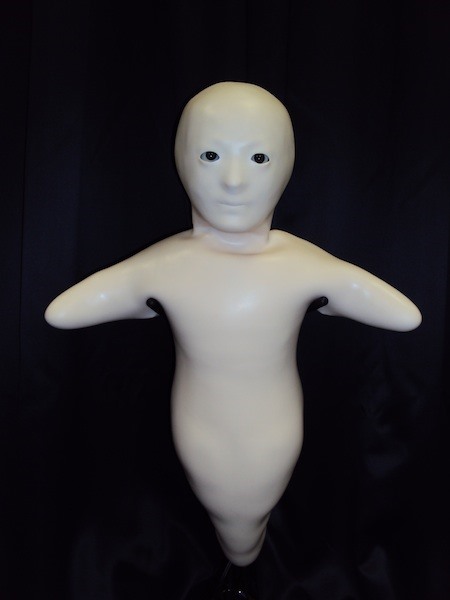 The researchers, who demonstrated the robot today at a press conference in Osaka, hope it will be used as a new communication device, with applications in remote work, remote education, and elderly care. The goal of the project, a collaboration between Osaka University and Japan's Advanced Telecommunications Research Institute International, known as ATR, is to investigate the essential elements for representing and transmitting humanlike presence."

this is so creepy