OK, first thing's first: need to get this insane picture out of the way. I think this might classify as horror movie creepy. 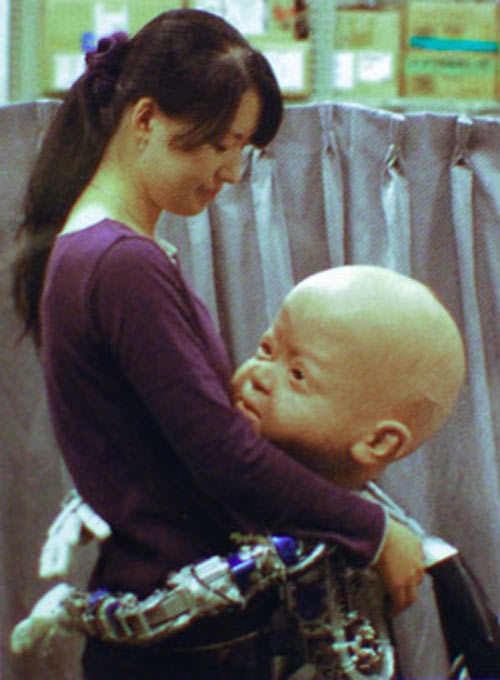 A little explanation is in order. Originally posted by BotJunkie, the gist of a Japanese robotics article displaying these striking images has been somewhat translated by Geekologie:

"The robot is supposed to model a 1-year-old baby, and the purpose is to conduct research on how a baby's brain develops. Diego-san's face has about 20 moving parts so that it can communicate with facial expression, without being able to talk. It is 130cm tall, weighs 30kg and can stand up from a chair on its own. It can hold a water bottle with its hand. It has a high resolution camera and 6 axis acceleration sensor built in to detect movement.

Unfortunately, the article doesn't say why the head has to be so big. Female researchers contributed to the design and coordination - thus the photo of woman hugging Diego-san."

For some reason, robot babies are ultimately just plain disturbing. Perhaps even more disturbing than the world's first sex bot. 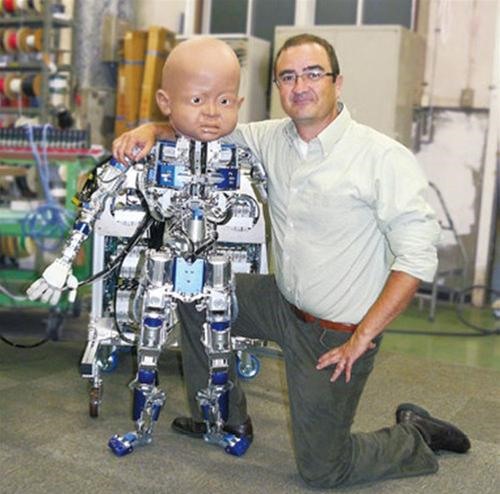 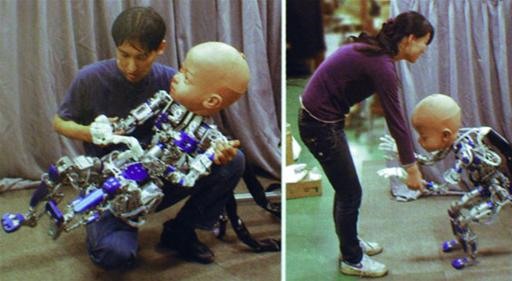